How The Irish Won The American Revolution: The Forgotten Heroes of America's War of Independence 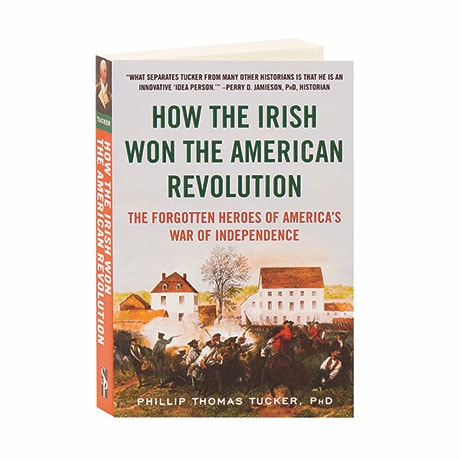 How The Irish Won The American Revolution: The Forgotten Heroes of America's War of Independence

When the Continental Congress decided to declare independence from the British empire in 1776, ten percent of the population of their fledgling country were from Ireland. These Irish-Americans were very active in the American Revolution, both on the battlefields and off, and yet their stories are not well known. Surveying these crucial contributions, Philip Thomas Tucker discusses John Barry, the colonies' foremost naval officer; Henry Knox, an artillery officer and future Secretary of War; Richard Montgomery, America's first war hero and martyr; and Charles Thomson, a radical organizer and Secretary to the Continental Congress.