The Man With The Sawed-Off Leg : And Other Tales of a New York City Block 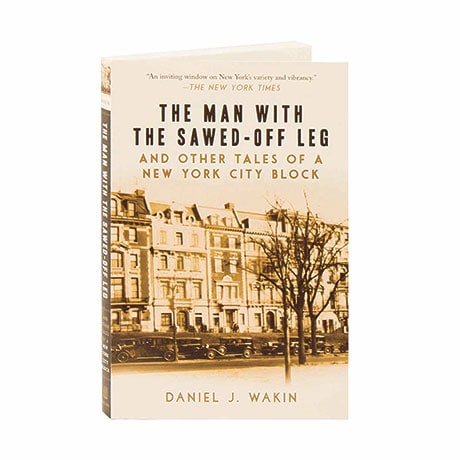 The Man With The Sawed-Off Leg : And Other Tales of a New York City Block

On Manhattan's stately Riverside Drive are seven graceful relics of Beaux Arts New York, townhouses built more than 100 years ago for the nouveau riche. In the first half of the 20th century, these buildings were home to a very colorful assortment of figures, including Jokichi Takamine, the world's first biotech engineer; Marion Davies, the mistress of William Randolph Hearst; and noted Shakespearean, Julia Marlowe. Daniel Wakin tells their tales, as well as those of Duke Ellington, Saul Bellow, a baking powder heiress, the inventors of the Faber pencil, a future mayor, and a profusion of gangsters, whose exploits are recounted with gusto.