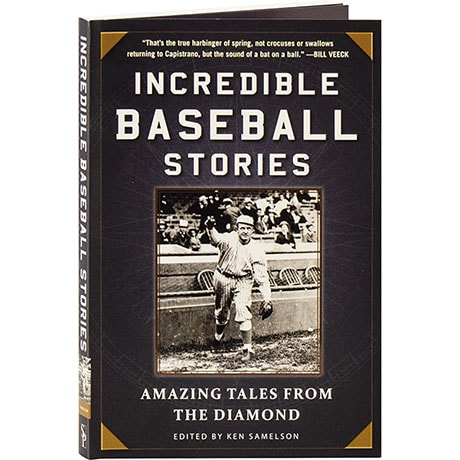 Reminding us yet again how baseball inspires great writing, this anthology collects essays, articles, and memoirs spanning the history of the sport. Among the standouts, here are pitcher Christy Mathewson's "The Game That Cost a Pennant," F.C. Lane's "A Day with Ty Cobb," Tim Hornbaker's "The Black Sox Scandal Unfolds," and Ring Lardner's fictionalized spoof of a major league mediocrity, "A New Busher Breaks In." Also included are accounts of what it's like to pitch to Ted Williams, and "Five Unforgettable Dingers," with reminiscences of Babe Ruth breaking his own record, an injured Kirk Gibson hitting his dramatic one-handed homer, and Hank Aaron hitting his 715th.