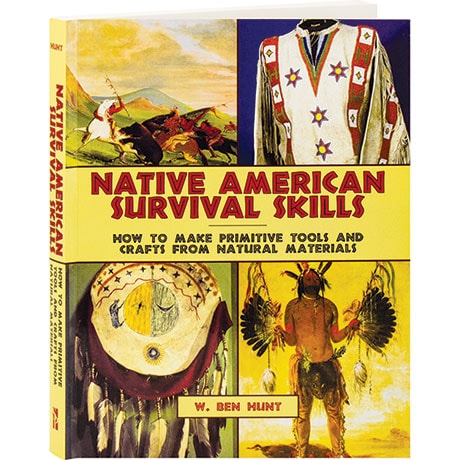 Artist and educator Ben Hunt—whose Sioux name was Tasunka Witko—traveled throughout the Midwest in the early 20th century, at times living with Native American tribes as he met with their artists and leaders. Compiled from several books he published in the 1930s and 40s, with color added to the original engravings, this book presents the traditional techniques Hunt collected, from making rawhide to putting the finishing touches on a pair of moccasins. Here you will find remarkably detailed information on specific items of Native American culture, with step by step instructions for making Sioux ghost shirts, Plains Indian shields, and Inuit snowshoes.