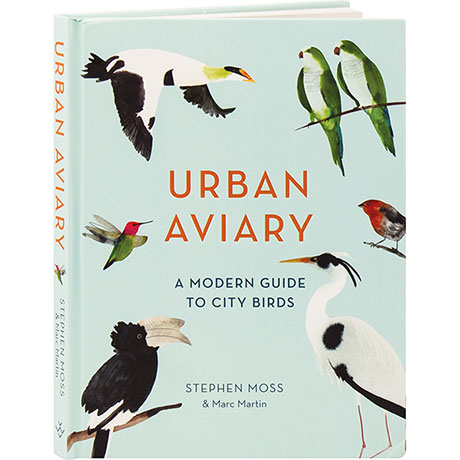 From huge flocks of starlings roosting around the Colosseum in Rome to bowerbirds displaying in the suburbs of Canberra, and from penguins in Cape Town to pelicans in San Francisco, the world's cities are home to a remarkable array of feathered citizens. In this beautiful guide, Stephen Moss offers individual texts on the most extraordinary species of city birds that have become native, among them the bald eagle, Anna's hummingbird, greater flamingo, Spanish imperial eagle, Arctic tern, Bohemian waxwing, scarlet ibis, the long-eared owl, the Syrian woodpecker, and the black swan. The entries includes helpful spotting hints and fact boxes, and each bird is depicted in one of Marc Martin's distinctive watercolors.