The Feather Thief: Beauty, Obsession, and the Natural History Heist of the Century 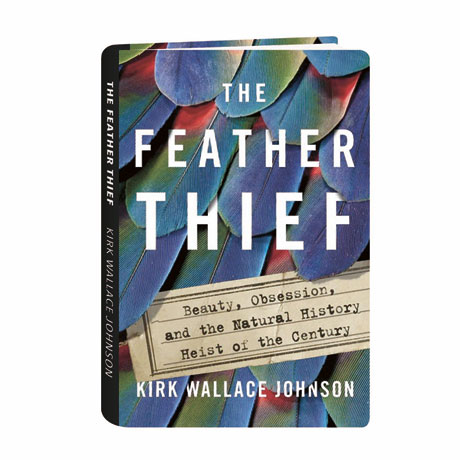 The Feather Thief: Beauty, Obsession, and the Natural History Heist of the Century

After performing at a June, 2009 concert at London's Royal Academy of Music, 20-year-old American flautist Edwin Rist boarded a train for the Tring Museum, home to one of the largest ornithological collections in the world. Rist wasn't interested in birds, but the Victorian art of salmon fly-tying. Once inside the museum, the champion fly-tier grabbed hundreds of bird skins and escaped into the darkness. Two years later, Kirk Wallace Johnson heard the story, and was catapulted into a years-long, worldwide investigation. What would possess a person to steal dead birds? Had Rist paid the price for his crime? What became of the missing skins? Engrossing and perceptive, Johnson's account of Rist's obsession—and his own—is truly stranger than fiction.