The Heart Of The Declaration : The Founders' Case for an Activist Government 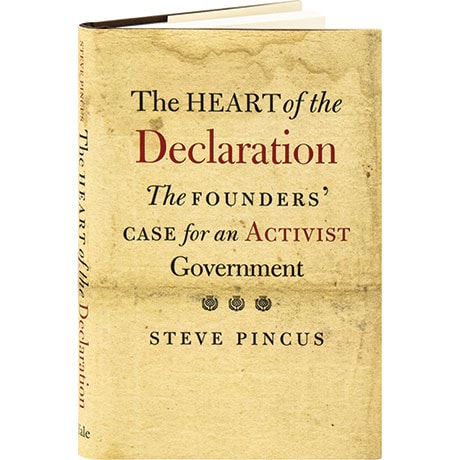 The Heart Of The Declaration : The Founders' Case for an Activist Government

From one election cycle to the next, a defining question continues to divide the country's political parties: what role should the government play in the lives of American citizens? The Declaration of Independence has long been invoked as a philosophical treatise in favor of limited government, yet the document also declares that Britain had done too little to promote the prosperity of its American subjects. Looking beyond the Declaration's frequently cited opening paragraphs, Steve Pincus reveals how the document is actually a blueprint for a government with extensive powers to promote and protect the people's welfare, and he offers a nuanced portrait of the Founders' intentions with profound political implications for today.