The Strange Case Of The Rickety Cossack: And Other Cautionary Tales from Human Evolution 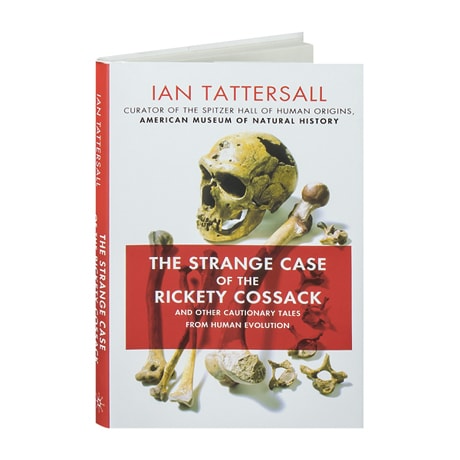 The Strange Case Of The Rickety Cossack: And Other Cautionary Tales from Human Evolution

Paleoanthropologist Ian Tattersall argues that a long tradition of "human exceptionalism" in his field has distorted the picture of human evolution. Considering his own evolution from awestruck young scientist to crotchety elder statesman, Tattersall gives us an inside look at this competitive scientific world, from Charles Darwin through the Leakey dynasty in Africa to astonishing recent findings in the Caucasus. The title refers to the 1856 discovery of a skullcap with a sloping braincase and a large brow ridge—the first Neanderthal fossil—which led some scientists to dream up a man with severe disease rather than accept that there once were other kinds of humans.