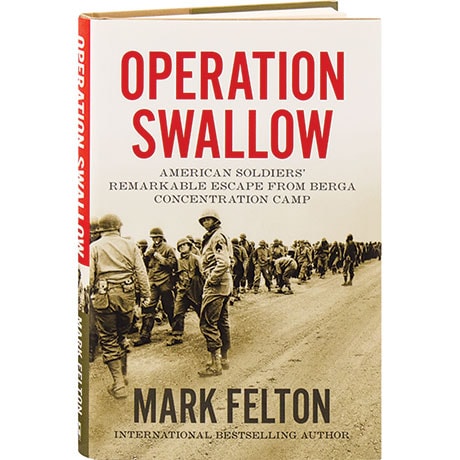 For many decades after World War II, one of the war's most remarkable escapes remained a secret, but here the author of Ghost Riders and Castle of the Eagles finally pays tribute to the courage of Hans Kasten, Joe Little, and Ernst Sinner. Captured in 1944, these American GIs were forced into slave labor at the Berga concentration camp. While standing up their S.S. captors, these valiant POWs plotted a bold escape, but as Mark Felton details here, these young men had an even greater challenge head of them.