The Price Of Greatness: Alexander Hamilton, James Madison, and the Creation of American Oligarchy 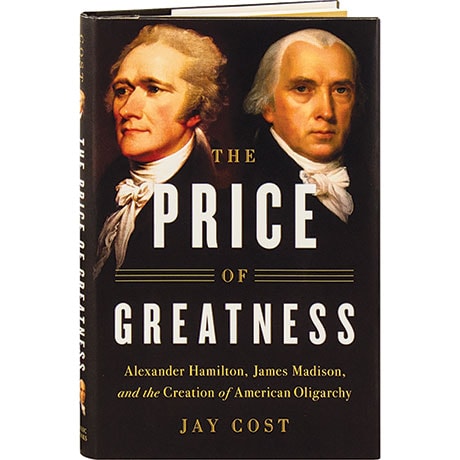 The Price Of Greatness: Alexander Hamilton, James Madison, and the Creation of American Oligarchy

Together, Alexander Hamilton and James Madison helped bring the Constitution into being, yet soon after the new republic was born, they broke over the meaning of its founding document. Hamilton emphasized economic growth, while Madison stressed the importance of republican principles. As Jay Cost argues here, both men were right, and their quarrel reveals a fundamental paradox at the heart of the American experiment. Cost shows that each man in his own way came to accept corruption as a necessary cost of growth, and this trade-off made the United States the richest nation in human history—even as it continues to fracture our politics to this day.