Killings: An Expanded Edition of the Classic Book on Life and Death in America 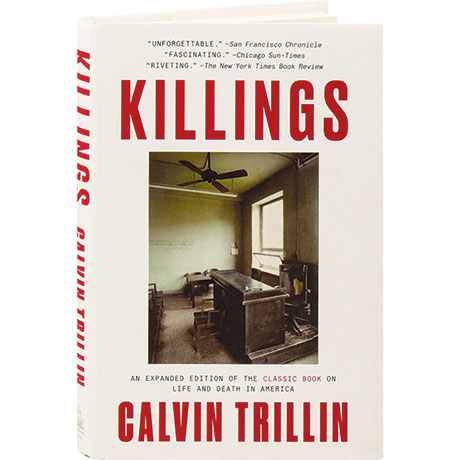 Killings: An Expanded Edition of the Classic Book on Life and Death in America

"Reporters love murders," Calvin Trillin writes in his introduction. "In a pinch, what the lawyers call 'wrongful death' will do, particularly if it's sudden." Killings, first published in 1984 and expanded here, shows Trillin to be such a reporter—though attracted less by violence or police procedure than by the way the fabric of someone's life is suddenly exposed after an untimely end. These are vivid portraits of lives cut short, originally appearing in The New Yorker between 1969 and 2010. As Trillin says, Killings is "more about how Americans live than about how some of them die."

"In each of these stories is the basis of a Dostoevskian novel."—Chicago Sun-Times

"What Mr. Trillin does so well, what makes Killings literature, is the way he pictures the lives that were interrupted by the murders. Even the most ordinary life makes a terrible noise ... when it's broken off."—NYTimes