American Dialogue: The Founders and Us (Large Print Edition) 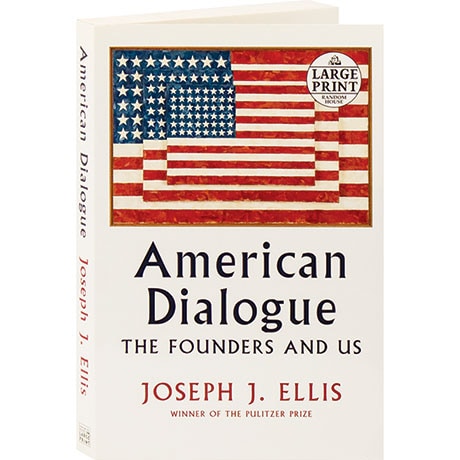 American Dialogue: The Founders and Us (Large Print Edition)

The story of history is a ceaseless conversation between past and present, and here the Pulitzer Prize-winning author of Founding Brothers poses the often-asked question, "What would the Founding Fathers think?" Joseph Ellis examines four seminal historical figures through the prism of particular topics, using the perspective of the present to make clear how their now centuries-old ideas illuminate the disturbing impasse of today's political conflicts. Featured here in a large print edition, this thought-provoking meditation considers Jefferson in the context of racism, Adams and the specter of economic inequality, Washington grappling with American imperialism, and Madison on the doctrine of original intent.