All The Flowers In Paris 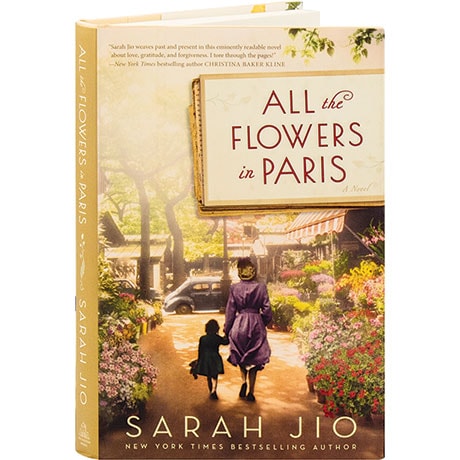 All The Flowers In Paris

When Caroline wakes up in a Paris hospital with no memory of her past, she's confused to learn that for years she's lived a sad, reclusive life in a sprawling apartment on the Rue Cler. Slowly regaining vague memories of a man and a young child, she vows to piece her life back together—though she can't help but feel she may be in danger. In Nazi-occupied Paris, a young widow named Céline is threatened by a ruthless German officer who discovers her Jewish ancestry, and she is forced to play a dangerous game to protect her daughter. Discovering Céline's letters tucked away in a closet, Caroline realizes that her apartment harbors dark secrets—and that she may have more in common with Céline than she could have ever imagined.