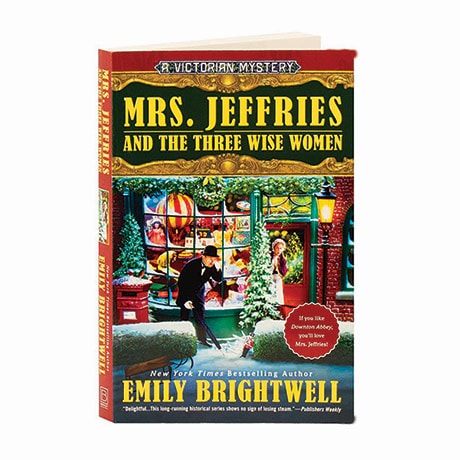 Christopher Gilhaney isn't a popular man, and he proves why once again when he insults every guest at Abigail Chase's Guy Fawkes Night dinner party. When Gilhaney is shot dead, his murder is deemed a robbery gone wrong; six weeks later, Inspector Witherspoon is asked to step in and find the killer—and quickly. With Christmas almost here, Witherspoon and everyone in his household is upset at the possibility of having to cancel their holiday plans. Only Luty Belle, Ruth, Mrs. Goodge, and the housekeeper Mrs. Jeffries—in her 36th case, after Mrs. Jeffries Rights a Wrong—refuse to let the crime become a cold case. In fact, the American heiress, the charming next-door neighbor, and the formidable cook use all of their persuasive powers to get the others on board, because these three wise women know justice doesn't take time off for Christmas.