Iced In: Ten Days Trapped on the Edge of Antarctica 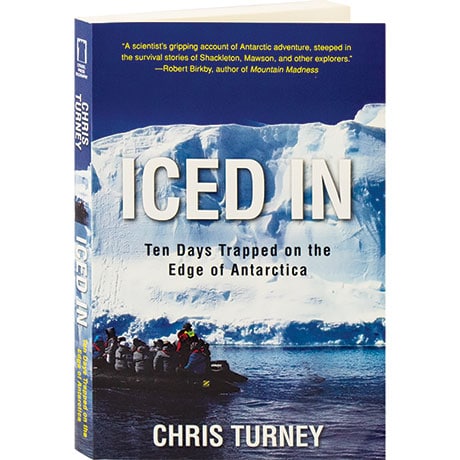 Iced In: Ten Days Trapped on the Edge of Antarctica

On Christmas Eve 2013, off the coast of Antarctica, an abrupt weather change trapped the Shokalskiy in densely packed ice, stranding Chris Turney and 71 others more than 1400 miles from civilization. The damaged ship was in danger of being smashed; worse, a blizzard was headed their way. As Turney chronicles his modern-day ordeal, he revisits famed polar explorer Ernest Shackleton's harrowing Antarctic expedition and that of Douglas Mawson, who braved the desolate continent in the company of his wife and children. Media coverage has changed such voyages, Turney notes here, and a rescue effort was launched to reach the stranded ship. But could help arrive in time to avert a tragedy?