A Taste Of History Cookbook: The Flavors, Places, and People That Shaped American Cuisine 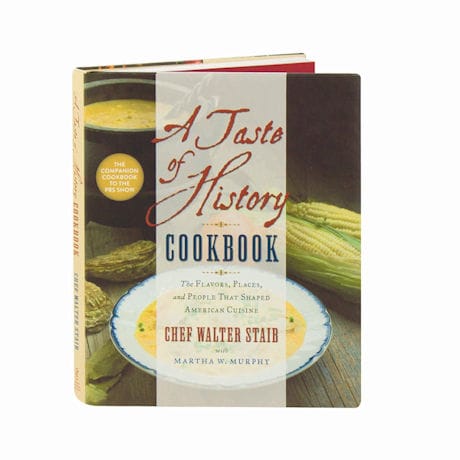 A Taste Of History Cookbook: The Flavors, Places, and People That Shaped American Cuisine

Tofu has been a part of our culture's diet for centuries—Ben Franklin sung its praises in a letter written in 1770. So, do we really know what our ancestors ate? Demonstrating that you can understand a nation by its cuisine, this companion to Walter Staib's Emmy-winning PBS series provides a fascinating look into 18th and 19th century American history, introducing the people, places, and events that shaped our palettes. Along with Irish Soda Bread and Boston Cream Pie, the 150 recipes here include Pumpkin Pancakes, Coq au Vin Rouge, Stuffed Lobsters, West Indies Pepperpot Soup—which was served to George Washington's troops during the long winter at Valley Forge—and Cornmeal Fried Oysters, the greatest staple of the 18th century diet.