Nothing Ever Happens At The South Pole 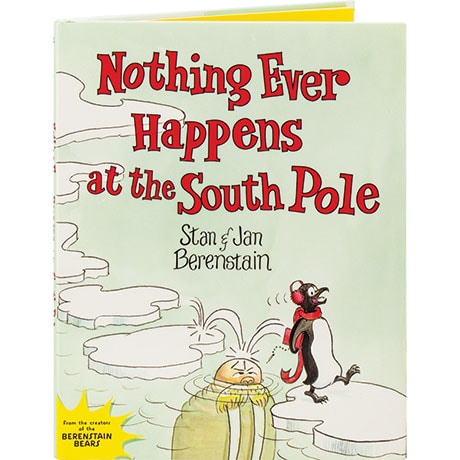 Nothing Ever Happens At The South Pole

When this carefree penguin receives the gift of a new journal, he sets out to write about his exciting life. But it seems like nothing ever happens to him—or maybe he's just not paying enough attention. Stan and Jan Berenstain began their writing career with The Big Honey Hunt in 1962. Nothing Ever Happens at the South Pole was meant to be its follow-up, but the Berenstain Bears were such a hit, they put the manuscript away to focus on the new series. After Stan died in 2005, the forgotten book was found among his papers, and with the help of their son Mike, Jan finished it, giving readers 4 to 8 and Berenstain fans of all ages a chance to read this "new classic."