Let's Play Two: The Legend of Mr. Cub, the Life of Ernie Banks 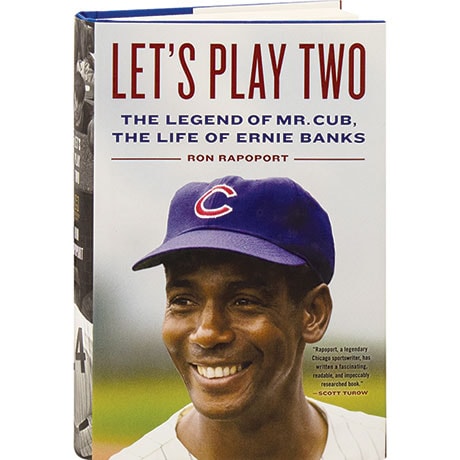 Let's Play Two: The Legend of Mr. Cub, the Life of Ernie Banks

Hall of Famer Ernie Banks outslugged Willie Mays, Hank Aaron, and Mickey Mantle when they were in their prime, but spent his entire career with the woebegone Chicago Cubs. Today, the shortstop is remembered for his signature phrase, "Let's play two" and his sunny demeanor, but as Ron Rapoport reveals, Banks was also a deeply conflicted and lonely man. Based on conversations with Banks and interviews with more than 100 of his family members, teammates, and friends, this biography of "Mr. Cub" tells of his early life in segregated Dallas, his years in the Negro Leagues, his stellar MLB career, and his difficult life after retirement, with a cast that includes Buck O'Neil, Philip K. Wrigley, and the Bleacher Bums.