The Dinosaur Artist: Obsession, Science, and the Global Quest for Fossils 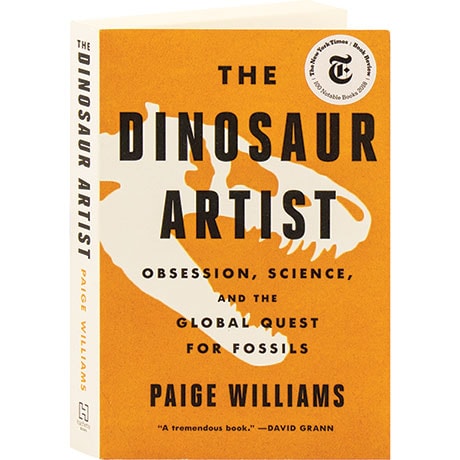 The Dinosaur Artist: Obsession, Science, and the Global Quest for Fossils

In 2012, a New York auction catalogue boasted an unusual offering: "a superb Tyrannosaurus skeleton," and the winning bid was over $1 million. Florida's Eric Prokopi was the man who had brought this skeleton to market, a milestone in his career of hunting, preparing, and selling specimens. But as Paige Williams recounts in this New York Times Notable Book, a network of paleontologists alerted the government of Mongolia to the eye-catching lot—which they considered their property—and as an international custody battle ensued, Prokopi watched as his own world unraveled. Williams illuminates the history of fossil collecting—a murky, sometimes risky business where the lines between poacher and hunter, collector and opportunist, can easily blur.