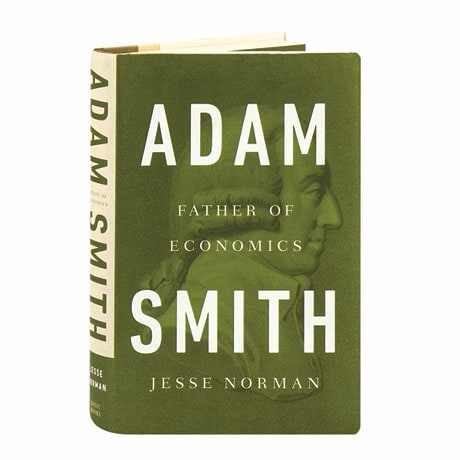 Often considered the most influential economist of all time, Adam Smith (1723-90) was also a pioneering theorist of moral philosophy, culture, and society. But as Jesse Norman posits here, what Smith really thought, and the implications of his ideas, remains fiercely contested. Was he an eloquent advocate of capitalism and individual freedom? Or an apologist for human selfishness? Offering a highly engaging account of Smith's life and times, Norman explores his work as a whole and traces his influence over two centuries to the present day, demonstrating how a proper understanding of Smith can help us address the problems of modern capitalism.

"A wise book accessible to the general reader.... You'll want to read Mr. Norman and then Smith if you have any thought at all of getting beyond the clichés of left and right.... Engaging, intelligent, educational."—Wall Street Journal