Then They Came For Me: Martin Niemöller, the Pastor Who Defied the Nazis 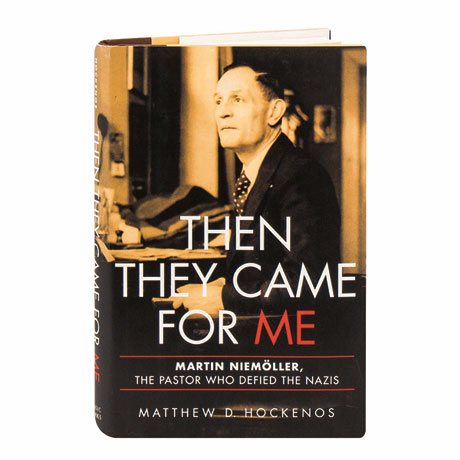 Then They Came For Me: Martin Niemöller, the Pastor Who Defied the Nazis

Today Pastor Martin Niemöller (1892-1984) is best known for the poem "First They Came," his potent acknowledgement that he needed to do more to oppose Nazi purges. Niemöller had welcomed Hitler's rise to power as an opportunity for national rebirth, yet when the regime attempted to seize control of the Church, he helped lead the opposition. After spending the war in concentration camps, Niemöller emerged a controversial figure: to his supporters he was a modern Luther, while his critics, including President Harry Truman, saw him as an unrepentant nationalist. In this nuanced portrait, Matthew Hockenos traces Niemöller's evolution from a Nazi supporter to a determined opponent of Hitler, revealing him to be a more complicated figure than previously understood.