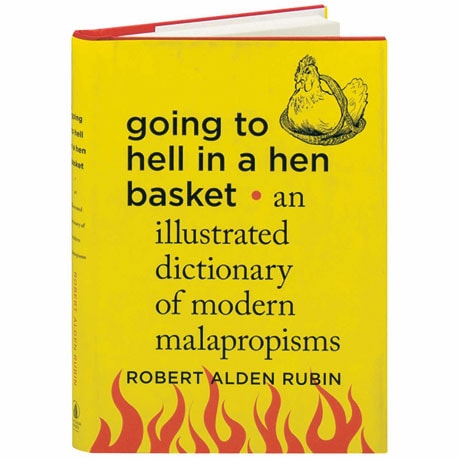 Word-manglers like Dogberry in Shakespeare's Much Ado About Nothing and Mrs. Malaprop in Richard Brinsley Sheridan's The Rivals have long been a source of laughter, though here English teacher Robert Alden Rubin introduces another, more modern form of malapropism. The eggcorn is a misheard term (acorn, in this case) that seems almost to make sense (an acorn is rather egg-shaped under its cap, and is a sort of kernel). From clusterphobia to going on the lamb, Rubin has culled hundreds of amusing eggcorns from online publications—some of them quite respectable—along with the probable logic that produced them and cartoons that hilariously visualize the verbal mayhem.