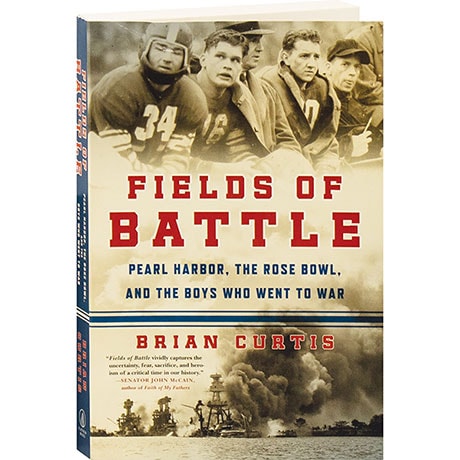 After the Pearl Harbor attack, the 1942 Rose Bowl was moved to Durham, North Carolina—the only Rose Bowl ever played outside of Pasadena. Underdog Oregon State College faced off against Duke University, and here sports reporter Brian Curtis explains how the game offers a remarkable perspective on World War II, as the young men on the field that New Year's Day would soon be involved in the conflict. Four would lose their lives, and many more would be severely wounded; OSC's Frank Parker saved the life of Duke's Charles Haynes on a hill in Italy, while OSC player Jack Yoshihara never had the chance to play in the game or to serve his country, as he was sent to a Japanese-American internment camp in Idaho.