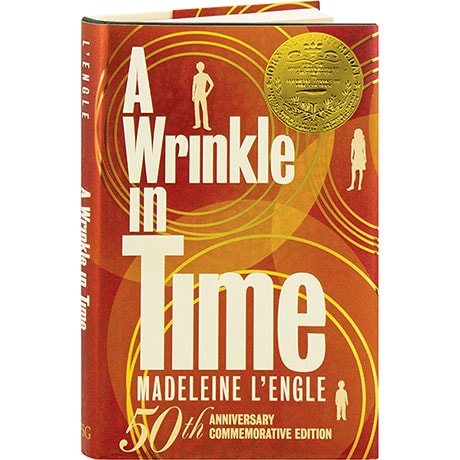 When Meg Murry and her little brother Charles Wallace learn that their scientist father has been captured by the evil Black Thing, they and their friend Calvin O'Keefe join with the mysterious Mrs. Whatsit, Mrs. Who, and Mrs. Which to rescue him, traveling to another planet on a tesseract—a fold in the very fabric of space and time. Madeleine L'Engle's 1963 Newbery Medal winner for readers 10 to adult is a modern classic that has never been out of print. This 50th Anniversary Edition includes an introduction by Katherine Paterson, an afterword by L'Engle's granddaughter Charlotte Jones Voiklis, rare photos of the author, and her Newbery Medal acceptance speech.