Among The Headhunters: An Extraordinary World War II Story of Survival in the Burmese Jungle 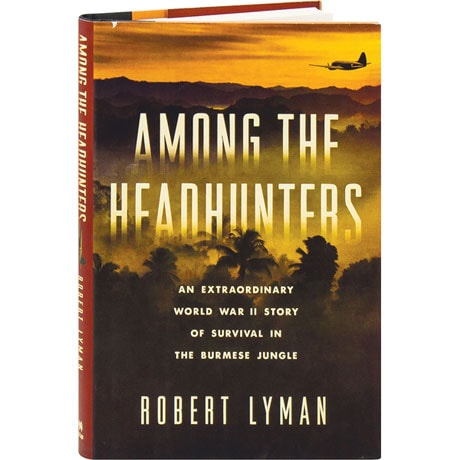 Among The Headhunters: An Extraordinary World War II Story of Survival in the Burmese Jungle

Flying between India and China in 1943, a twin-engine plane suffered mechanical failure and crashed in a dense mountain jungle, deep within Japanese-held Burma. Among the 21 passengers and crew who parachuted to safety were CBS journalist Eric Sevareid and an OSS operative who was also a Soviet double agent. "Safety," however, was a relative term; as Robert Lyman recounts here, the survivors of the crash were now at the mercy of the Nagas, notorious headhunters who routinely practiced slavery and human sacrifice, their specialty being the removal of enemy heads. Japanese soldiers lay close by, too, and here Lyman dramatizes the American Air Force's heroic efforts to sustain—and perhaps rescue—the downed flyers before it is too late.