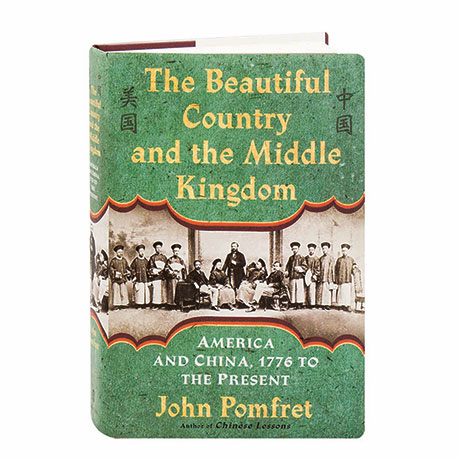 While we tend to think that President Richard Nixon's 1972 visit to China officially began America's relationship with this reclusive nation, the patterns were set in motion hundreds of years earlier, explains John Pomfret here. Drawing on letters, diaries, and government documents, Pomfret reconstructs the surprising ways that the two countries have engaged with one another through the centuries. Along with accounts of statesmen, soldiers, and adventurers, here are the stories of American missionaries and merchants who would subtly transform China, and of the Chinese laborers who were an indispensable part of America's westward expansion.

"[This book] takes the myriad historical milestones of two of the world's most powerful nations and turns them into one fluid, fascinating story, leaving us with a nuanced understanding of where these two nations stand in relation to one another and the rest of the world."?Publishers Weekly