Death In The Devil's Acre: A Charlotte and Thomas Pitt Novel 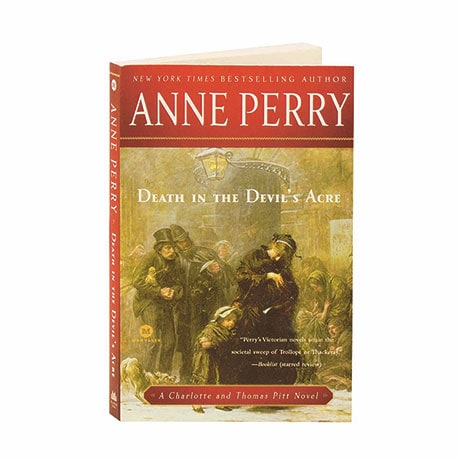 Death In The Devil's Acre: A Charlotte and Thomas Pitt Novel

Murder was hardly rare in the Devil's Acre, but even the hardened residents of that insalubrious quarter are stunned by the discovery of a well-to-do doctor stabbed to death, whose corpse was rather inexpertly castrated. Inspector Pitt shudders during the police surgeon's examination, little guessing he will see three more victims attacked in the same way. In their seventh investigation, after Bluegate Fields, Pitt and Charlotte uncover a treacherous mystery that ensnares the lowest sort of ruffian along with the noblest aristocrat.