Murder On The Serpentine: A Charlotte and Thomas Pitt Novel 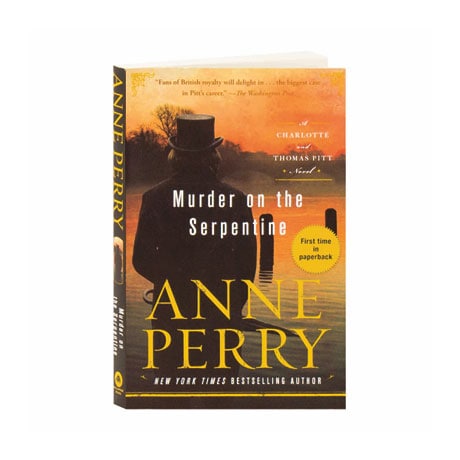 Murder On The Serpentine: A Charlotte and Thomas Pitt Novel

Even for the commander of the elite Special Branch, a royal summons is a matter of the gravest importance, and Thomas Pitt quickly responds, in this 32nd entry in the series (after Treachery at Lancaster Gate). The body of the Queen's confidant Sir John Halberd was found in the shallows of the Serpentine in Hyde Park, killed by a blow to the head. At Victoria's request, he had been investigating Alan Kendrick, a horse-racing enthusiast who holds undue influence over the Prince of Wales. Pitt and his wife Charlotte must navigate the corridors of power with the utmost discretion, and soon uncover a threat that could topple the monarchy. Edgar Award winner Anne Perry brilliantly re-creates the gas-lit atmosphere of Victorian London in her Charlotte and Thomas Pitt mysteries, as the shrewd inspector and his clever society wife together root out murderers in the most elegant and the most squalid neighborhoods of the city.