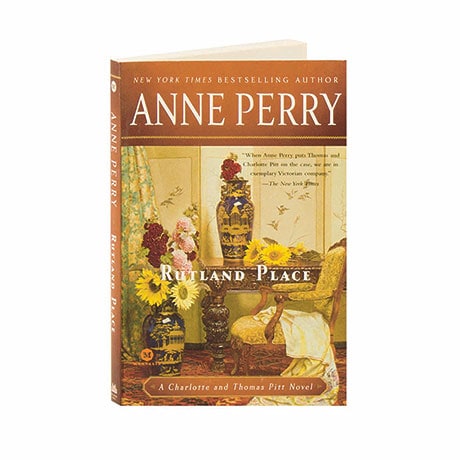 When she learns of her mother's distress in losing a locket that contains a picture of a man not her husband, Charlotte Pitt has no idea that it's only the first in a bizarre series of events that will end in sudden death. In this, their fifth outing (after Resurrection Row), she and Inspector Thomas Pitt are well established as a most unusual sleuthing team, though trouble seems to follow them—for hidden behind the elegance of Rutland Place, where Charlotte's mother lives, are secrets so macabre that only murder can conceal them.

"When Anne Perry puts Thomas and Charlotte Pitt on the case, we are in exemplary Victorian company."—NYTimes