The Whitechapel Conspiracy: A Charlotte and Thomas Pitt Novel 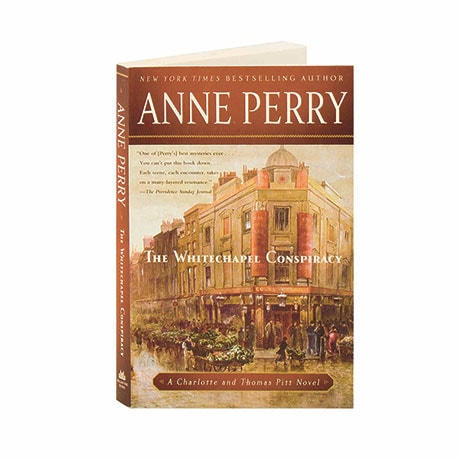 The Whitechapel Conspiracy: A Charlotte and Thomas Pitt Novel

No one else re-creates the gas-lit atmosphere of Victorian London quite like Edgar Award winner Anne Perry. In her Charlotte and Thomas Pitt mysteries, the shrewd inspector and his clever society wife together root out murderers in the most elegant and the most squalid neighborhoods of the city. (blurb) In a packed courtroom, Superintendent Thomas Pitt's evidence weighs against distinguished soldier John Adinett, soon to hang for the murder of a friend. But Pitt earns no praise for his key testimony; instead he is removed from command and transferred to the slum of Whitechapel, where the grisly Ripper murders four years earlier remain a terrifying enigma. In this 21st novel in the series (following Half Moon Street), Pitt has few allies as he is sent undercover to investigate alleged anarchist plots—chief among them his wife Charlotte and an intrepid maid, Gracie, who can travel unnoticed in Whitechapel—though none of them anticipate the horrors to be revealed.