Poems From The Edge Of Extinction: An Anthology of Poetry in Endangered Languages 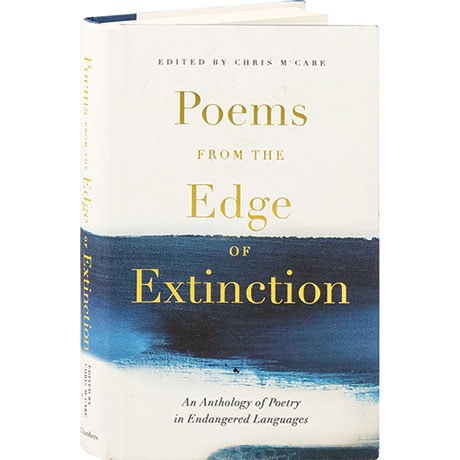 Poems From The Edge Of Extinction: An Anthology of Poetry in Endangered Languages

By some estimates, half of the 7,000 languages and dialects in the world today will no longer be spoken by the end of the century, and with the loss of these languages, we also lose their unique poetic traditions. Chris McCabe, the librarian at Britain's National Poetry Library and the founder of the Endangered Poetry Project, assembles 50 poems in languages that have been identified as endangered, offering unique insight into their spoken culture. Here are poems by new and established voices like U.S. Poet Laureate Joy Harjo in Native American Mvskoke (Creek Nation), Gearóid Mac Lochlainn in Irish Gaelic, Nineb Lamassu in Assyrian, and Mikeas Sánchez in Zoque (Mexico).