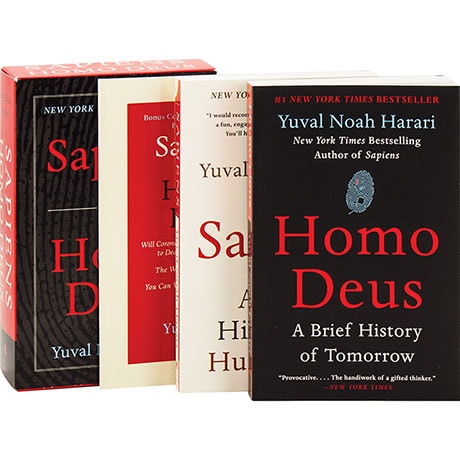 A historian with a firm grasp of evolution and economics, Yuval Noah Harari takes a freethinking view of mankind's past, our present dilemmas, and the challenges we may face in the future. In Sapiens, he considers that a hundred thousand years ago, at least six different species of humans inhabited Earth, yet today there is only Homo sapiens. What happened to the others? And what may happen to us? Homo Deus is a meditation on whether man absorbed the lessons of humanism and became his own god, creating artificial life and trying to overcome death. Harari explores the ambitions, hopes, and nightmares that will shape the 21st century, and the set includes a collection of his essays.