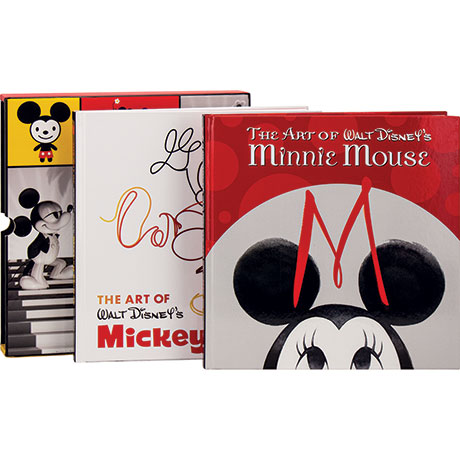 This slipcased set pairs two delightful, imaginatively illustrated profiles of the original Disney power couple. The Art of Walt Disney's Mickey Mouse begins with a filmography of Mickey's performances in shorts, films, and television shows, followed by a chronology of the firsts he has attained, his many achievements, and the recognition he has received since he debuted in 1928. Minnie's album also features a filmography and timeline of her character development, and both volumes are packed with art by Disney designers, illustrators, and animators around the world, reimagining our heroes in both traditional and unconventional pieces, with six removable prints for framing.

"An entertaining and free-thinking portfolio of brand-new portraits … wildly imaginative and a lot of fun."—Leonard Maltin