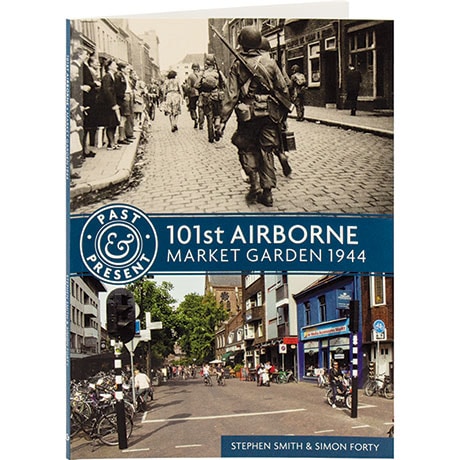 During the 1944 Allied attempt to reclaim the Netherlands, the 101st Airborne Division parachuted right into the middle of enemy territory. They met little resistance to begin with, but the Germans managed to demolish the division's primary objective, a bridge over the Wilhelmina Canal at Son. As Operation Market Garden progressed, the rest of the 101st joined the 82nd Airborne Division on the island to the north of Nijmegen, and as shown here, the Screaming Eagles proved themselves in 72 days of fierce fighting against crack German troops.