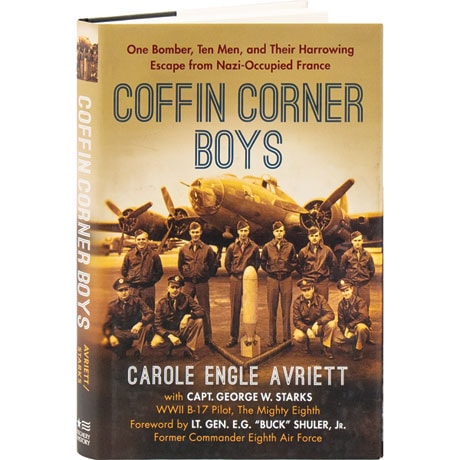 In 1944, 19-year-old George Starks and his high school buddies enlisted and were assigned to the 92nd Bomb Group. On his crew's first bombing mission together they received the most vulnerable spot of a B-17 mission configuration, known as "Coffin Corner," and Starks's plane was shot down by a German Fw190. Parachuting into occupied France, he began a 300-mile trek towards the freedom of neutral Switzerland. After the war, as Carole Engle Avriett recounts in this tense yet moving history, Stark honored two vows he had made as he reunited with his crew, then 25 years later returned to France to locate some of the brave souls who had helped him evade the enemy.