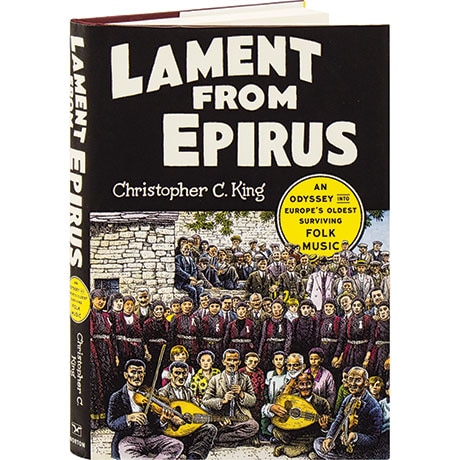 In a record shop in Istanbul, Grammy winner and musicologist Christopher King found some of the strangest, most hypnotic recordings he had ever heard, seeming to tap into a primal well of emotion that contemporary music couldn't reach. These old 78s came from Epirus—the land of Ali Pasha, straddling the mountains between Greece and Albania—whose musical traditions reach back to the pre-Homeric era, and are carried on by descendants of the Roma people today. In his slightly obsessive dive into this ancient living culture, King explores the nature of music itself, as a language, a means of spiritual connection and healing, and even a tool for survival.

"[King] remains ardent to the point of mania throughout, so infusing us with his passion that even passages on music theory and the crafting of ancient instruments enthrall. This is a trip never to be forgotten."—Booklist (starred review)

"This engaging, well-researched, and peculiar book is not only a work of music criticism or a philosophical rumination on the meaning of music—it's also a travelogue in which the writer goes native."—NYReview of Books