Eisenhower Vs. Warren: The Battle for Civil Rights and Liberties 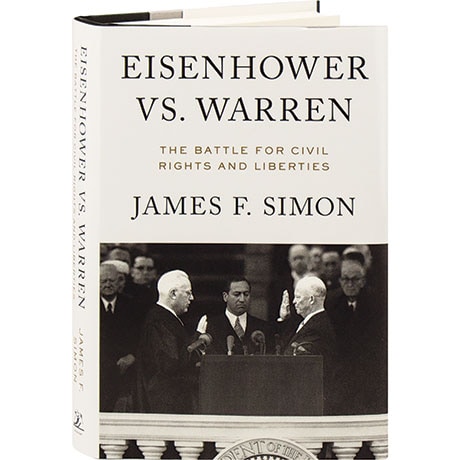 Eisenhower Vs. Warren: The Battle for Civil Rights and Liberties

In matters of race, President Dwight D. Eisenhower was a gradualist who wanted to coax white Americans in the South into eventually accepting integration, while Earl Warren—author of the Supreme Court's unanimous opinion in Brown v. Board of Education—demanded immediate action to end segregation in the public school system. It was more than a simple difference of opinion, and the two men became embroiled in a bitter public feud, which as James Simon reveals here, framed the tumultuous future of the modern civil rights movement and raised issues which we still grapple with today.