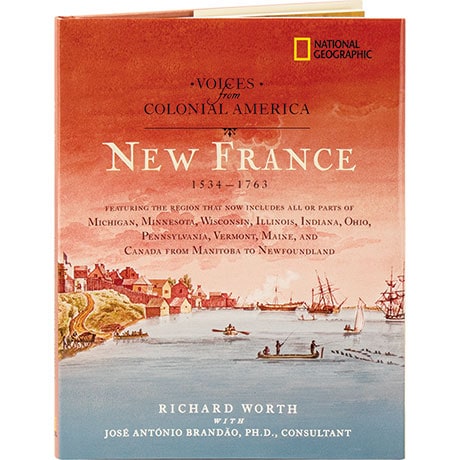 A major rival of the British colonies, New France encompassed the Great Lakes region and parts of Canada and New England. Here the story of explorer Samuel de Champlain is interwoven with those of the missionaries and traders who followed in his wake. Here too are accounts of the Seven Years' War, an epic struggle which changed the maps and drastically altered the balance of power in North America in favor of the British.