A Force So Swift 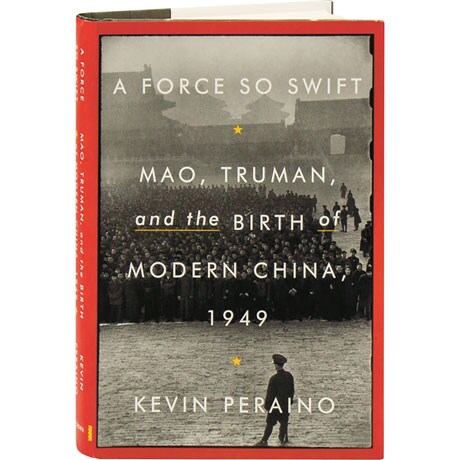 A Force So Swift

In the opening months of 1949, President Harry S. Truman found himself faced with a looming diplomatic catastrophe: Mao Zedong's communist armies routed the troops of America's one-time ally Chiang Kai-shek and began taking control of many major cities, leading to the establishment of a revolutionary government in Beijing. As Truman and his ruthless secretary of state, Dean Acheson, scrambled to formulate a response, they were also forced to contend with unrelenting political enemies at home. Drawing on Chinese and Russian sources, as well as recently declassified CIA documents, Kevin Peraino tells the story of this remarkable year, which laid the groundwork for decades of friction with China, a long-standing U.S. commitment to Taiwan, and the subsequent wars in Korea and Vietnam.

"China is likely to be the most significant force in the global life of the 21st century, a prospect that makes Kevin Peraino's lucid and compelling new book all the more relevant. By reconstructing the Truman reaction to the fall of Nationalist China and the rise of Mao, Peraino takes us back to the beginning of the journey. This book is excellent history that informs the headlines of today."—Jon Meacham