All The Gallant Men: An American Sailor's Firsthand Account of Pearl Harbor 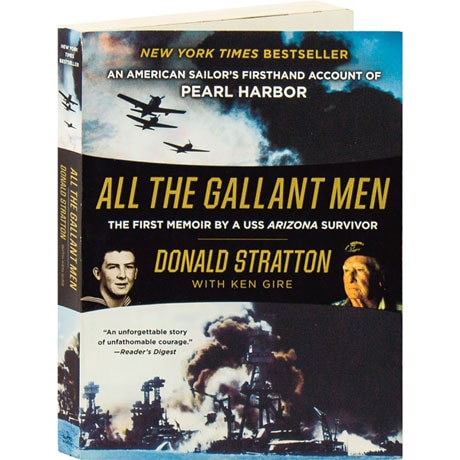 All The Gallant Men: An American Sailor's Firsthand Account of Pearl Harbor

At 8:06 a.m. on December 7, 1941, Seaman First Class Donald Stratton was consumed by an inferno. A million pounds of explosives had detonated beneath his battle station aboard the USS Arizona, barely 15 minutes into Japan's surprise attack on Pearl Harbor. Near death and burned across two-thirds of his body, the 19-year-old Nebraskan summoned the will to haul himself hand over hand across a rope tethered to a neighboring vessel. In this extraordinary account, Stratton finally shares his unforgettable personal tale of bravery and survival on that day; his long, harrowing recovery; and his inspiring return to fight in the final battles of the Pacific War.