Into The Raging Sea: Thirty-Three Mariners, One Megastorm, and the Sinking of El Faro 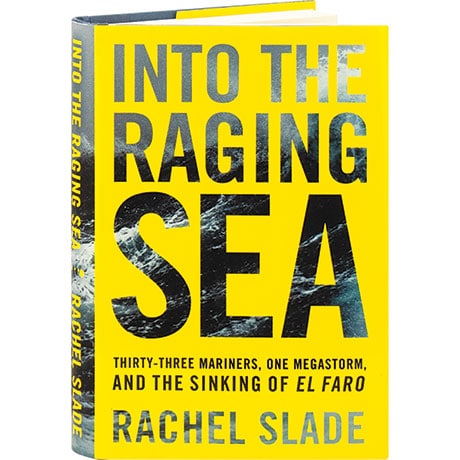 Into The Raging Sea: Thirty-Three Mariners, One Megastorm, and the Sinking of El Faro

On October 1, 2015, Hurricane Joaquin barreled into the Bermuda Triangle and swallowed the container ship El Faro whole, resulting in the worst American shipping disaster in 35 years. No one could fathom how a vessel equipped with satellite communications could suddenly vanish—until now. In this New York Times Notable Book, Rachel Slade unravels the final 24 hours onboard, depicting the officers' anguish as they carried out the captain's commands, which they knew would steer them straight into the storm. Taking a hard look at America's aging merchant marine fleet, Slade also reveals the truth about modern shipping, a cut-throat industry plagued by razor-thin profits.