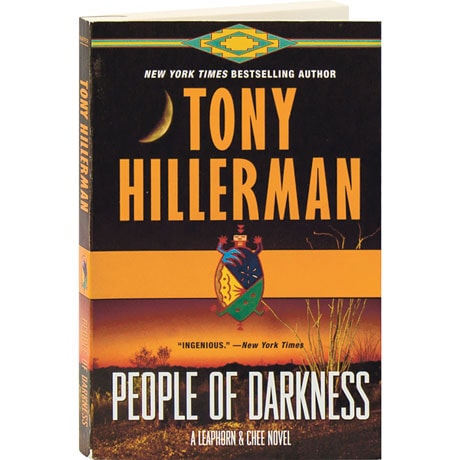 A bomb is left for a dying man; a rich man's wife offers a huge reward for a stolen box of mementos; six men avoid a mine disaster, only to die a few years later from cancer. In his debut appearance in Tony Hillerman's atmospheric Southwestern mysteries—the fourth novel in the series—young Jim Chee, a sergeant with the Navajo Tribal Police in Crownpoint, New Mexico, finds these odd, inexplicable events drawing him toward a strange peyote-fueled church known as the People of Darkness. Seeking answers in the volcanic Badlands, Chee will encounter a fatherless assassin, and the fallout of a horrendous crime perpetrated 30 years before. Like the other books in Hillerman's Edgar and Anthony Award winning series, this one reflects a deep appreciation of the Southwest, its cultures, and its people.

"Hillerman's stories never grow old. Like myths, they keep evolving with the telling."—NYTBR