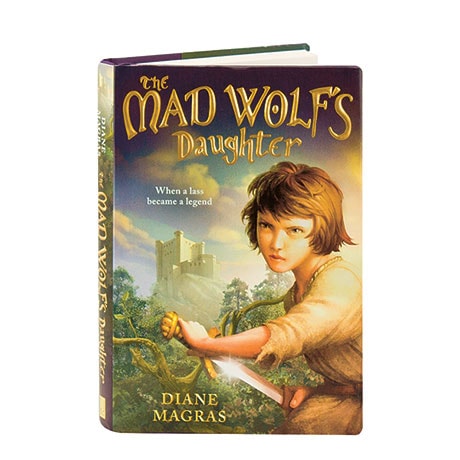 One dark night, Drest's life on a remote Scottish headland is shattered when invaders capture her family, but leave her behind. Her father, the Mad Wolf of the North, and her beloved brothers are a fearsome war-band, but now Drest is the only one who can save them. Embarking on a wild rescue attempt, she takes a wounded invader along as a hostage. Hunted by a bandit with a dark link to her family's past, aided by a witch whom she rescues from the stake, Drest travels through hostile territory. Even as she befriends the gentle knight who is her captive, Drest risks the wrath of her five brothers, and in this adventure for readers 9 to 12, she must decide if she is her father's daughter or else become her own legend.