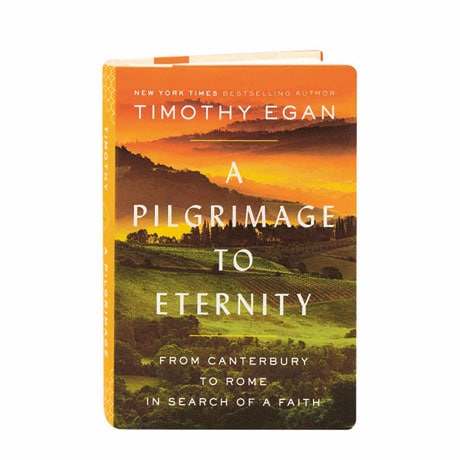 Moved by his mother's death and his Irish Catholic family's complicated history with the church, the author of the National Book Award winner The Worst Hard Time decided to follow in the footsteps of centuries of seekers to force a reckoning with his own beliefs. Pondering the collapse of religion in the world that it created, Timothy Egan sets out on a thousand-mile pilgrimage along the Via Francigena, once the major medieval trail leading the devout to Rome, and makes his way overland via the alpine peaks and small mountain towns of France, Switzerland, and Italy. The goal: walking to St. Peter's Square, in hopes of meeting the galvanizing pope who is struggling to hold together the church through its worst crisis in half a millennium.