1941: Fighting The Shadow War: A Divided America in a World at War 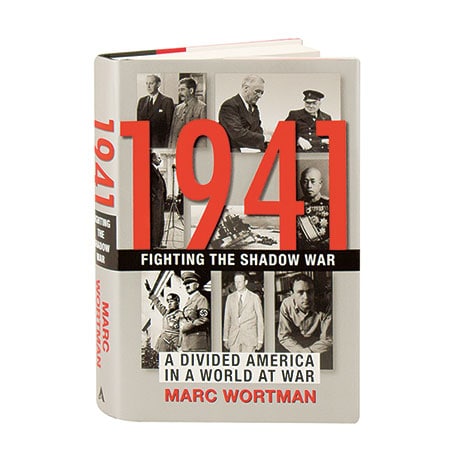 1941: Fighting The Shadow War: A Divided America in a World at War

Long before the 1941 Japanese attack on Pearl Harbor, neutral America was fully engaged in clandestine operations against the Axis Powers, with President Franklin Roosevelt finding ingenious ways to come to Great Britain's aid. Launching the Lend-Lease Act to fund the Allies, Roosevelt also authorized espionage at home and in South America to root out Nazi sympathizers, while waging undeclared war in the Atlantic. Although Americans were sympathetic to those being crushed under Axis aggression, they were unwilling to enter a foreign war, and as the author of The Millionaires' Unit reveals here, FDR had to patiently contend with growing isolationism and anti-Semitism as he tried to influence public opinion.