From Holmes To Sherlock: The Story of the Men and Women Who Created an Icon 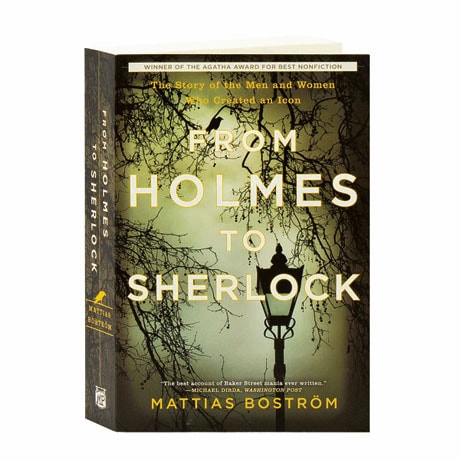 From Holmes To Sherlock: The Story of the Men and Women Who Created an Icon

Everyone knows Sherlock Holmes, but what made this fictional character, dreamed up by a small-town British doctor in the 1880s, into such a lasting success? In this Agatha Award-winning history, Mattias Boström tells the full story behind the legend, from a young Arthur Conan Doyle taking notes on his professor's powers of observation to the pair of modern-day fans who retooled the sleuth to create the TV sensation Sherlock. Not surprisingly, the cast of contributors is diverse, and includes the publishing world's first literary agent and a Georgian princess, plus thousands of actors, writers, and readers, who collectively transformed Holmes from the gentleman amateur of the Victorian era to the sociopathic genius of today.