Denmark Vesey's Garden: Slavery and Memory in the Cradle of the Confederacy 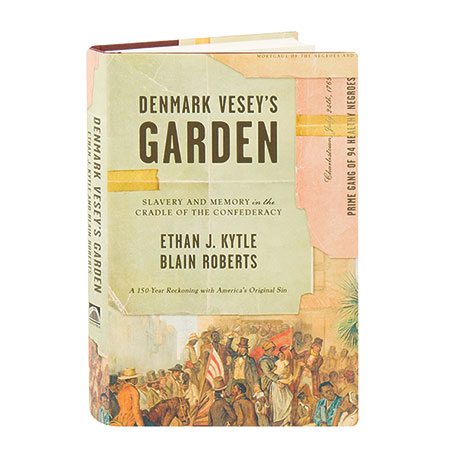 Denmark Vesey's Garden: Slavery and Memory in the Cradle of the Confederacy

Charleston, South Carolina, is where almost half of the slaves brought to the United States stepped onto our shores, and where the first shot at Fort Sumter began the Civil War. In 2015 it was also where Dylann Roof murdered nine people at an A.M.E. church which was co-founded by Denmark Vesey, a black revolutionary who plotted a massive slave insurrection in 1822. Using the city as a microcosm of the slave trade and African Americans' long battle for civil rights, Ethan Kytle and Blain Roberts examine public rituals, controversial monuments, the tourism industry, and competing musical traditions, to create an unconventional portrait of race relations in America.