The Books Of The Dead: A Death in Paris Mystery 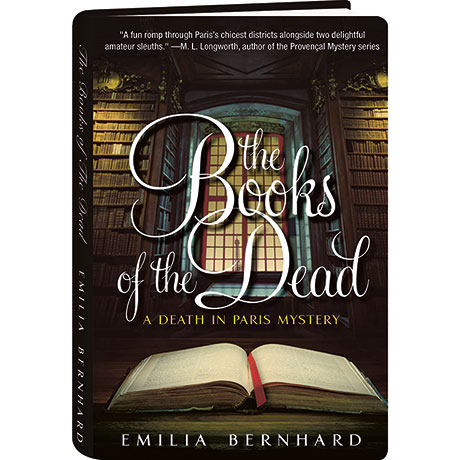 The Books Of The Dead: A Death in Paris Mystery

After American sleuth Rachel Levis stumbles upon an employee of the French national library strangled in the bathroom of a cafe, she's not surprised to be asked to help with the investigation by her old acquaintance Capitaine Boussicault; after all, she and her best friend Magda solved a tricky murder only 18 months before, as chronicled in Death in Paris. Going undercover as a librarian, Rachel tries to determine who loathed the man enough to kill him, but then a priceless antique book is mutilated, and the main suspect for the murder is found dead in the stacks. Pulled from the investigation, Rachel and Magda forge ahead with their own investigation—even if it could put them at odds with the police and in serious danger.