The Cat Who Lived With Anne Frank 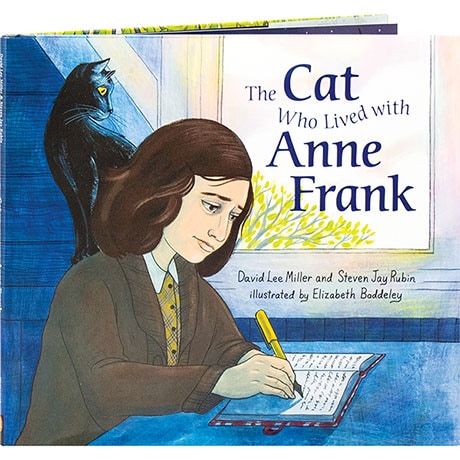 The Cat Who Lived With Anne Frank

When Mouschi the cat goes with his boy, Peter, to a secret annex, he meets a girl named Anne. Bright, kind and loving, Anne dreams of freedom and of becoming a writer whose words change the world. But Mouschi, along with Anne and her family and friends, must stay hidden, hoping for the war to end and for a better future. Told from the perspective of the cat who actually lived with Anne Frank in the Amsterdam annex, this poignant book for readers 5 to 8 offers insight into how the Holocaust shaped the everyday lives of millions of people, while Elizabeth Baddeley's illustrations have both 1940s authenticity and cinematic flair.