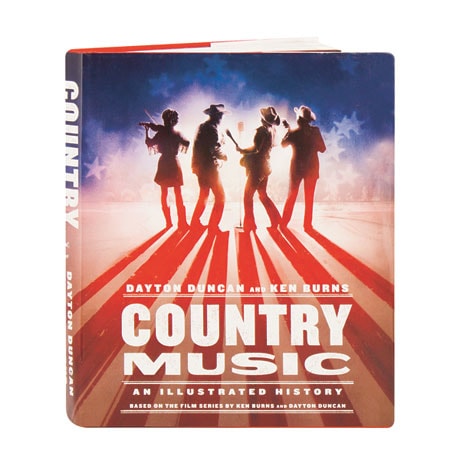 The American South has a long tradition of people singing to their families at home and in church, and dancing to fiddle tunes on Saturday nights. With the birth of radio in the 1920s, the songs became the music of an entire nation—a diverse range of sounds and styles from honky tonk to gospel to bluegrass to rockabilly, leading up through the decades to the music's massive commercial success today. This companion to Ken Burns's 2019 PBS series profiles such figures as the Carter Family, Hank Williams, Dolly Parton, and Loretta Lynn, and includes interviews with Merle Haggard, Garth Brooks, and Rosanne Cash. The hundreds of photographs featured here are top notch, with powerful images of the genre's stars but also rural America throughout the 20th century.